I've never done this kind of post before, but when I decided to play with my royal sugar I just fell in love with this. It's incredibly wearable- while still being sparkily and true to what/who (I think) Sugarpill is made for. 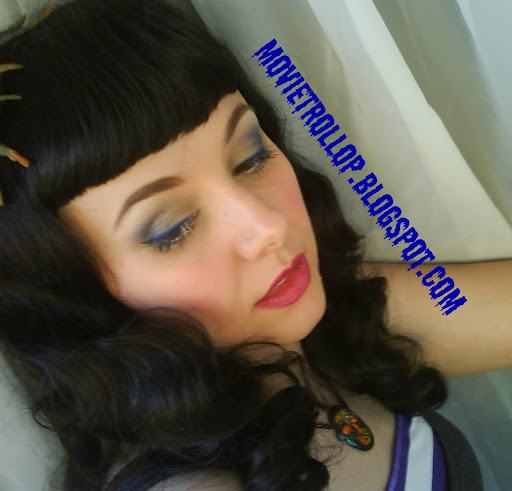 I used the same brown shadow I use for my brows on the outer edge of the eye and blended it into the crease - just to make a bit of a shadow to darken the blue. I then took Brulee eye shadow and cleaned up around the area and further blend out the brown. I also used it as my highlight. I took Royal Sugar, dry on a small fluffy brush and blended that over the brown. Tiny bits at a time- building it over the brown and up to just below the brow bone. I took brulee again and put a thin layer onto my lid and followed it up with Goldilux, dry on a small fluffy brush. Again small amounts - building the color until you get the desired shimmer. I took whatever was left over and blended it onto my brow bone. With a small pencil brush I applied royal sugar to the lower last line, about two thirds of the way. The take the same brush and smudge some Goldilux from the inner corner, blending into the and slightly under the blue.

To line the eye I took a liner medium and made a wet paste with royal sugar and lined it a little at a time- stopping to pat small amounts of the dry on top of the line to add sparkle and soak up any extra moisture. Then I took a black liner and lined only the lashline and underside of the wing. 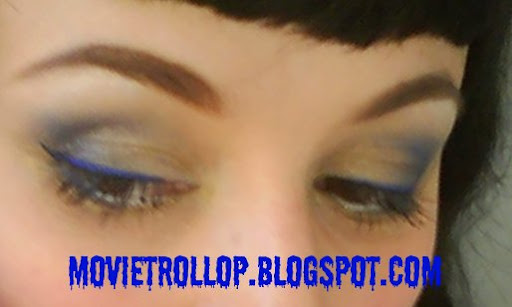 Close up in an attempt to show the super thin double line I used against the lashes and to define the underside of the wing.My lashes are WAY too thin to go with the blue alone- and this line would be great to hide a lash band if you decide to use them. 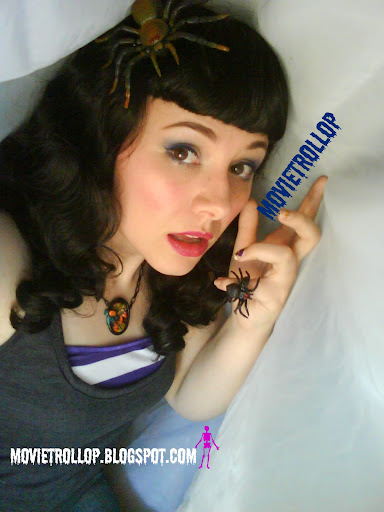 
So that's it! Hope you liked it. Feedback is always welcome- as are questions.