Helllloooooooo!
It that time again! I have decided that this one has way to many looks to just be a one week run... and also... I worked a lot and had zero time to get around to posting.I'm working on it. In the mean time heeeeeeeeere's SERVO! 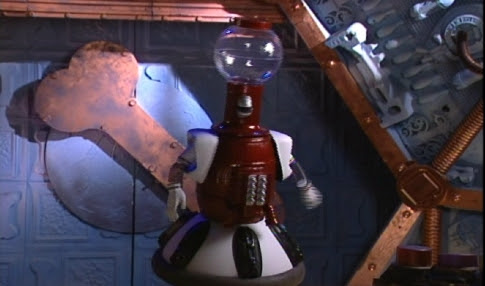 Servo is fantastic. Hard to describe without using the same old words and phrases. Honestly, how many times can you say "quick witted smart ass/asses" while describing any aspect or bot/person involved with this show? This series could easily have been called "Mst3k, a collective bot wit on ma'face"... the potential for typo's would have made for an interesting read. Where was I going with this? AH! Servo is fantastic and I was under a lot of self imposed pressure to make this look a good one. 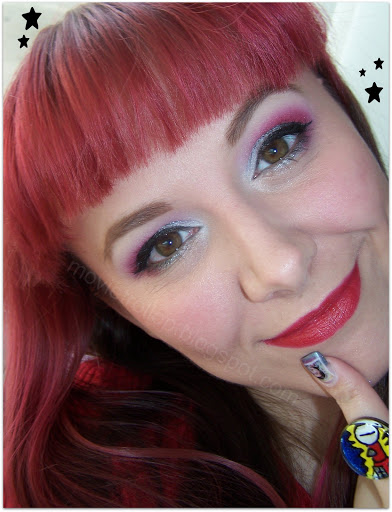 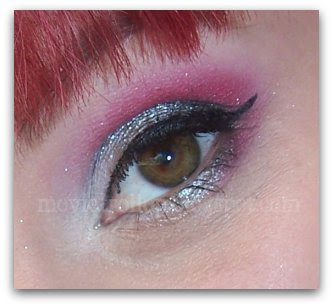 Aaaaaaaaaand ma'duck face. (Ring hand painted my your truely by request from HellCatCosmo) 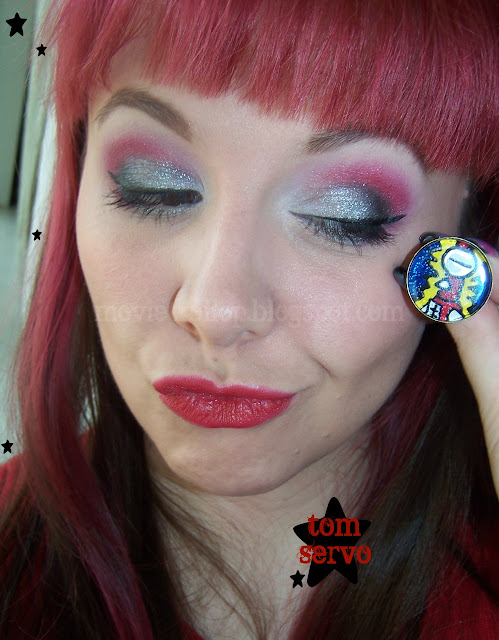 So that's Servo. Thoughts? Looks of your own that are Mst3k inspired? I'd love to see them! And I'll add links to them as them trickle in - so keep an eye out for that. I hope everyone has a great day and I hope you liked it! Thanks for Looking!

Here's what was used:

Lips-
Some random red that I don't remember ... ha!

Disclaimer: I bought everything myself. I'm not cool enough to have anyone send me free stuff. Ha!
Posted by Movie Trollop at 8:41 AM