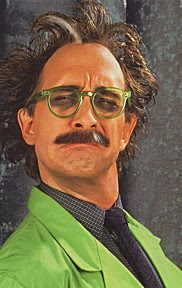 HiiiiiiOhhhhh! I found THIS and thought...yeessss. I was going to do a collective "Sirs" look- but I instead opted for a groovy bit of tribute to man who made it all possible. Where would our fettered nerd hearts be without him? Not on the satellite of love, that's for damn sure! ON TO THE LOOK!


I went obvie with the colors choices. I don't think it would be right to scour the depths of his dark evil soul to come up with an eyeshadow look ya know. Basic evil scientist colors - browns, greens, white. Had I taken time to try and retry different looks I may have been able to come up with something a little more sinister- I decided when I started that it would be totally random, not much forethought...just instinct!... this is kinda like... what the makeup his evil babysitter would look like if she was a long time fan of the project. Still, it's what I did and I stand by it hahaha I think it still does the job. 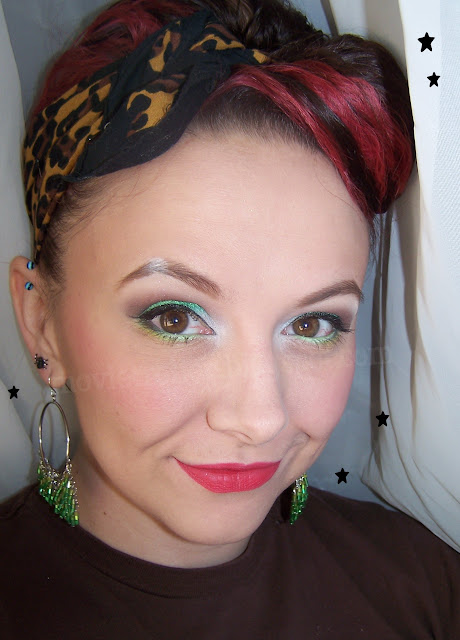 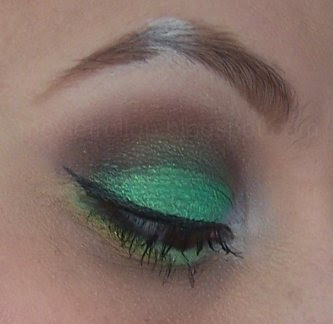 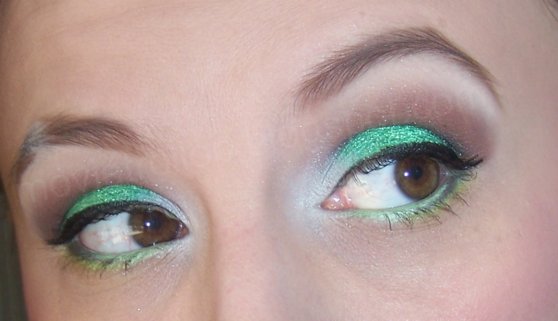 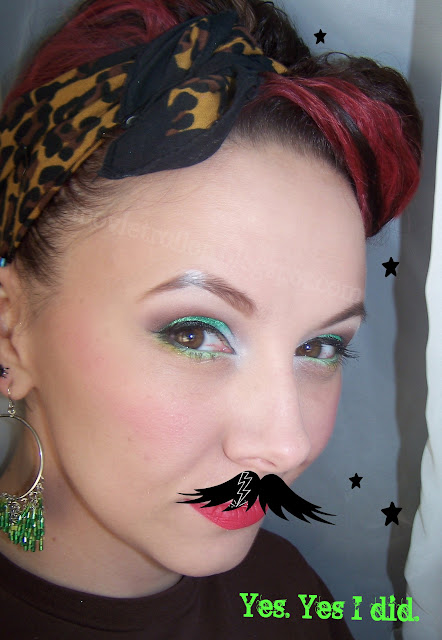 Lips-
Nyx cream thing lip stuff I have to fill in later because I can't for the life of me remember the name. :)

And so ends another post. How am I doin? Am I missing anything? I wanted so much to find a Forrester green < -- Somebody make that. I think if I had ... maybe the sleek acid dealio I would have been able to match the green a little better. I even tried to mix a sort of bright green myself... fail. Anybody know of a good green for a look like this? Also! If anyone has done- or is planning to do- something like this with mst3k let me know- I like the idea of tossing a bunch of links to similar looks on other blogs. Fan girls foreva! /ramble

Thanks for checkin it out! See you tomorrow...er... later on today hahaha I'm running a little behind tonight.
Cheers Evil Doers!
-Robin MT


Disclaimer: I bought everything myself. I'm not cool enough to have anyone send me free stuff. Ha! (although you should feel free to make and give me Forrester Green hahaha )
Posted by Movie Trollop at 2:02 AM