Hello! I decided this will be a great way for me to get back into blogging regularly. This is a little faster than a review and I get to play with new looks. All fun good times!

Yesterday I got the Kryolan uv neon pallet that I've wanted to get for millions of years- And so I had to use it in the look today! I know that I JUST did a blue liner look- but this one is 1.patriotic and 2.using Kryolan and not Sugarpill this time...and then I used it again for my lid. Point is I forgive me. ON WITH THE LOOK! 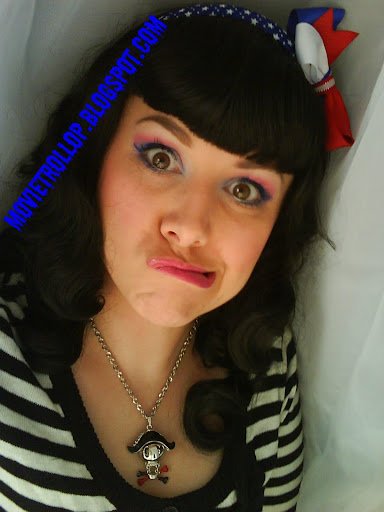 First I laid down the some faced shadow insurance on my lids all the way up to the brow. Next I took added a layer of Wet'n Wild's Brulee shadow all over the lid and up to the brow (makes the matte shadows easier to blend- you could also use your face powder.) Then I took a NYX jumbo pencil in black bean and dabbed my finger onto the tip and, using a tapping motion, blended it lightly onto the outer corner of my lid- tiny tiny amount- it should just look like a slight shadow- not a black spot. This is just to help deepen and define the crease and add a little dimension to everything.


Now on to the colors! Next I took Sugarpill pressed shadow in Love+ and LIGHTLY tap a small fluffy brush onto the shadow (SO pigmented) and starting at the outer corner, blend it across just under my brow bone and softly upward. Don't worry about it being too sheer because after you blend it out so that you have a nice edge you can go back in, a little at a time and build the color as deep as you like it. If the edge got a little hard on you - or a little too red you can blend some Brulee over them to soften it all up.

Okay, now I took the same small fluffy brush (because there should be little to no red left on the brush after blending) and blended Sugarpills loose Chromalust in Royal Sugar just under the red and into the outer corner of the lid. As with the red, go slowly. Tiny bit at a time and then tap/lightly pack the shadow where you want to deepen the color.

Now, if you want to go full on -over the top- 4th of July you can add white to your lid and highlight... I decided against it. I don't have a great white shadow and I wanted it to be a little more interesting. For the lid I used Fyrinnae loose shadow in Rapunzel had extensions. This is a beautiful color. In the pot it looks peach and applied it puts a lovely was of warm soft gold. I patted it onto the lid and blended it a tiny bit into the blue. I also used a tiny bit under my brow- just to punch up my brow highlight. 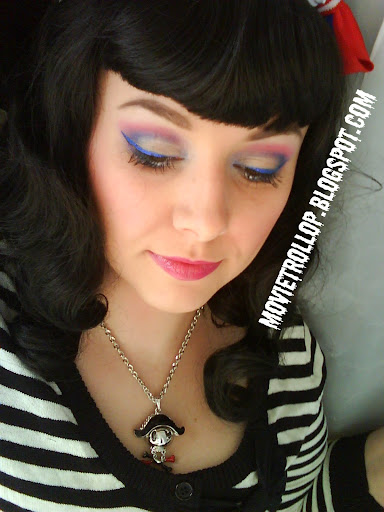 The liner! Which will glow under black light :D Is UV Blue from Kryolan. Now, because this is not the most eye safe product in the world, I like to leave a tiny gap between the paint and my lash line. Trust me, you wont notice by the time you're done. Draw your wing (or which ever type you prefer) and reapply a second coat if need be. I also took a little Fyrinnae pixie epoxy and mixed in some blue eye safe glitter (from TKB trading) and patted a little over the liner. Next I filled in that tiny gap with a tiny thin line of Maybelline's lash stiletto in black- just to fill the gap and define my lash line a touch. I also like to run that line under my colored wind to make the shape look more finished and defined.

Black liner into the bottom lash line and blend it with finger. Follow that up with a little Royal Sugar and blend just a tiny bit of Love+ under that and slightly into the blue. White NYX jumbo pencil on the bottom waterline to make the eyes pop. Curl lashed and apply mascara. Optional false lashes(I skipped them)and you're done! 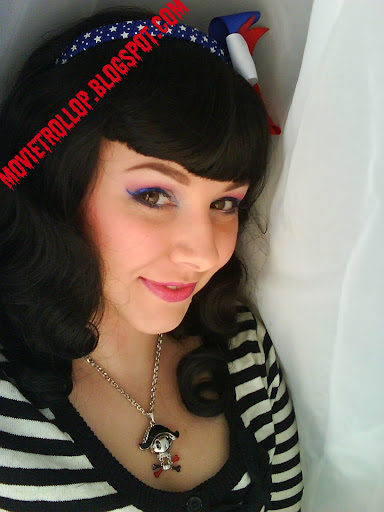 
That seems like a million steps but I really like the outcome. Hope you do too!
Requests? Comments? Wanna play Canasta? Let me know! 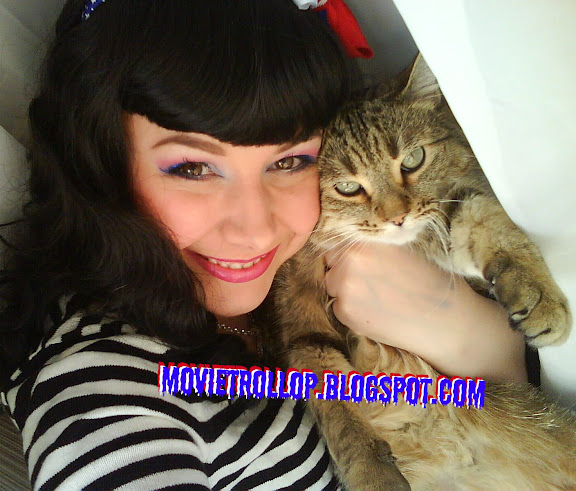